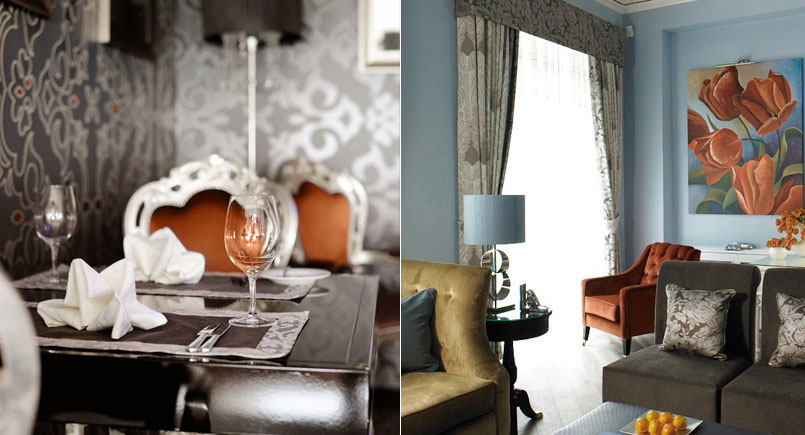 What Makes A Boutique Hotel’s Design So Special?

There’s many of them around the world; each one with its own unique sense of style and a plethora of unique design features, which, when combined, make for an incredibly memorable experience.

But when broken down, what makes a boutique hotel’s interior design so special?

Individuality – But Not Necessarily a Hotel Design Gimmick

What makes boutique hotels stand out against high-end hotel chains for guests is that opportunity to see something they wouldn’t get to experience by staying anywhere else.

There are plenty of hotels where guests can surround themselves in luxury, but some guests want something extra – something a little different.

Some hotel interior designers favour the zanier end of the spectrum, creating hotels that follow the boldest of themes – for example, around space, technology or underwater.

However, it doesn’t necessarily have to be this way.

Hoteliers can take the less-is-more-approach route when it comes to creating a boutique hotel interior that’s memorable. One of the more popular themes followed today is to avoid the loud signage and brash identities often associated (and wrongly so) with small, independent hotels.

The minimalist touch is popular.

In many cases guests can walk into a hotel lobby and not know they’re in a hotel. The welcoming atmosphere is there, but that corporate feeling isn’t. Reception desks are inconspicuous in their appearance, serving a practical function – by allowing guests to fill in registration forms and make enquiries – but without disrupting the flow of the interior décor.

Commissioned one-of-a-kind pieces of hotel furniture are also a common sight, and add to this sense of uniqueness. Alternatively interior designers will use vintage pieces, full of character and charm, to emphasise the luxurious feel and general ambiance of the hotel.

Large luxury hotels feature hundreds, in some cases, thousands of rooms. In complete contrast, boutique hotels usually have around 50-60 rooms, although this can vary significantly from hotel to hotel.

For hotel interior designers, there are obvious advantages and disadvantages to this set-up.

In one respect with fewer rooms to designs, there’s a greater freedom to display the individuality we previously mentioned.

And this individuality can be far more elaborate – with less rooms, it’s more viable to include unique, but slightly more expensive design features.

The combination of these elements, albeit with balance, can make for a luxurious experience that guests can take away.

Chrysalis uses cookies to provide you with the best user experience on our website. Find out more.